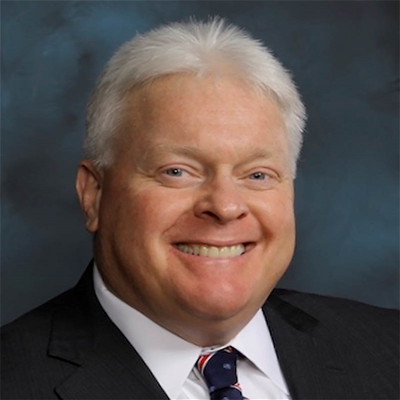 John Iannarelli retired from the FBI after more than 20 years, during which time he was a member of the FBI SWAT Team and participated in the investigations of the Oklahoma City Bombing, the 9/11 attack, the shooting of Congresswoman Gabrielle Giffords and the Sony hack. John previously served in Washington, DC as the FBI National Spokesperson and later on the Executive Staff of the FBI’s Cyber Division. He was a Squad Supervisor before becoming the Assistant Special Agent in Charge of the FBI’s Phoenix Division, the number two position overseeing all Criminal, Cyber and Counterintelligence investigations throughout AZ. During his FBI tenure, John was also the recipient of the FBI Director’s Distinguished Service Award.

A former San Diego Police Officer and a graduate of the University of San Diego School of Law and international studies at Oxford, England, John is an also attorney admitted practice of law in CA, MD and DC. In addition, John is the recipient of an Honorary Doctorate of Computer Science in recognition of his contributions to the field of cyber investigations.

An engaging and entertaining Certified Speaking Professional® who was profiled in Forbes, John is the author of four books, including Why Teens Fail and What to Fix, Information Governance Security and How to Spot A Terrorist Before It’s Too Late. His soon to be released fifth book, Disorderly Conduct, examines the lighter side of law enforcement and the humorous moments during John’s FBI career.

John is a frequent contributor to national news media, including Fox News Channel and CNN, and provided live on-scene coverage from Las Vegas of the Mandalay Bay shooting as it occurred. John is now a highly sought-after keynote speaker, known for sharing his intriguing insights combined with his sense of humor. He has presented to numerous Fortune 500 companies, domestic and international audiences, the United Nations, and the Vatican, where he has personally met with Pope Francis.