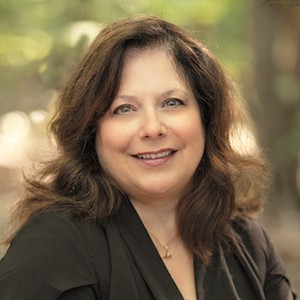 Dorian Van Horn is Sr VP for Investigative Ops at SIGMA. In this role, she evaluates threats, manages disturbing behavior to prevent violence and provides threat assessment consultation and training to businesses, educational facilities, government agencies, foundations, and individuals. She is FETI trained and an Educational Instructor for Trauma-Informed Sexual Assault Investigations and Adjudication with NCCPS, Educational Program, DOJ. She was a member of the ATAP Certification and Development team for the CTM Examination.

Before joining the private sector, Ms. Van Horn served over 25 years as a Special Agent with NCIS. She was the Div. Chief/Program Mgr. for the Threat Management Unit/Insider Threat and also served as the Div. Chief for Family & Sexual Violence. As program manager, she was responsible for over 3,100 F&SV investigations annually, which was considered the most visible program within NCIS. She was appointed by the Secretary of Defense as a Government Advisor to the DSB Task Force on Predicting Violent Behavior. She was appointed as Chairman for the Internal Threats/Violent Behavior portion of the Togo West-Vernon Clark Report: “DoD Independent Review of Ft. Hood.”

Recently Ms. Van Horn was appointed as an advisor to the DHS National Threat Evaluation and Reporting Program. She will assist in the development of a training program that incorporates a behavioral assessment-based review in reporting and evaluation of tips and leads. She was also appointed as an Advisor, Violence/Threat Assessment Advisory Work Group, National Suicide Prevention Lifeline which operates under SAMSHA to assist in the development of standards for violence assessments. She is the National Secretary at ATAP.

Ms. Van Horn is a graduate of West Chester University and currently enrolled at Catholic University of America, Master of Science in Emergency Services Administration program. She was awarded the WIFLE Leadership Award and the ATAP Meritorious Service Award.