Words matter! What we say and how we say it can be the difference between an argument and voluntary compliance. The words we choose, our tone, pitch, and volume, along with our non-verbal cues, can further our communications and interactions and, in the case of a toxic situation, defuse it in a positive manner.

Based on the principles of Verbal Judo, this entertaining discussion covers:

This discussion is one of our most popular sessions at the Campus Safety Conferences and is applicable to police and security officers as well as any person in a service capacity.

All attendees will receive ‘Dealing with Difficult People: Some Rules for the Road’ as a free downloadable resource following this GroupProject.

Bring your questions, express your concerns, share your experience, and take time to connect with your peers! 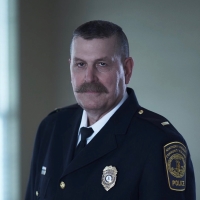 Lt. John Weinstein, PhD is the Commander of Strategic Planning and Outreach and Eastern District Police Operations at one of the largest academic institutions in the United States. Prior to becoming a college police officer, he served as a deputy sheriff, patrol officer, town sergeant and a town chief of police. Weinstein has extensive teaching, program assessment and training experience in all aspects of planning and security operations, including firearms, active incident response tactics, planning, and communications. He is also a certified Verbal Judo trainer and lectures frequently on conflict avoidance and de-escalation. He speaks frequently at academic institutions, local police academies and at both national and international conferences.

Weinstein holds a doctorate in International Politics and is a nationally recognized expert in nuclear weapons command and control. He is widely published on many law enforcement and defense topics. His articles have appeared in Campus Safety magazine, Campus Security and Life Safety, and in The Police Chief, the International Association of Chiefs of Police monthly publication.

In his spare time, Weinstein is an avid cross-country motorcyclist and amateur radio operator.