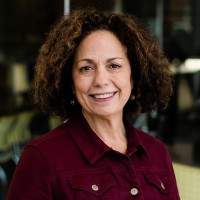 Dr. Amanda M. Guthorn is the Assistant Vice President of Public Safety at La Salle University in Philadelphia, PA, appointed in February 2017. In her current position, Guthorn manages a staff of 60 full and part-time non-sworn public safety staff supplemented by a contract security force. Since her arrival at La Salle, Guthorn transitioned the department to an online database management system, updated and added CCTV, renovated the University dispatch center including installation of a video wall, completed an assessment of the campus’s access control systems, and reduced costs for satellite campus operations. Guthorn reengineered the department organization to optimize resources creating an assistant director of compliance and investigations position, improved hiring and onboarding requirements, increased training requirements, and strengthened support for supervisors for oversite of day-to-day operations.

Prior to La Salle University, Guthorn was the Director of Campus Safety at Keene State College in New Hampshire from 2001 to 2017. Guthorn began her 30 career in campus law enforcement as a student officer in the Northeastern University Public Safety Division. After completing the Massachusetts Criminal Justice Training Council’s municipal police academy, she served as a patrol officer and supervisor, crime prevention officer, investigator, communications officer, and training officer. Guthorn previously served as the director of campus safety/security at Franklin Pierce University, Pine Manor College, and Newbury College

Guthorn has a bachelor’s degree and master’s degree in criminal justice from Northeastern. She received her doctor of arts in leadership from Franklin Pierce University in 2015. In addition, Guthorn completed the Management Institute for Women at Wellesley College, the International Association of Campus Law Enforcement Administrators (IACLEA) Executive Development Institute, and is a certified Rape Aggression Defense instructor. She was the first woman to serve as president of the New Hampshire Association of Campus Law Enforcement Administrators (NHACLEA), a position she held from 1999 to 2003. She served on the Board of Directors of the Northeast Colleges and Universities Security Association (NECUSA) from 1998 to 2007 and again in 2013-2014. Dr. Guthorn was the co-director of the New Hampshire Campus Safety Academy for fourteen years and has presented at conferences on sexual violence, emergency planning, safety and social networking, and leadership, and testified in front of several New Hampshire Legislative and Senate Committees on legislation affecting campus law enforcement.

Do NOT follow this link or you will be banned from the site!