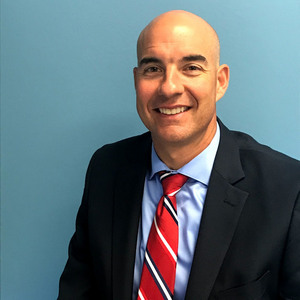 Mr. Matthew Jones currently serves as the Superintendent of Schools in the School District of the City of Jeannette. Mr. Jones is in his third year as Superintendent, but in his 22 year career with the school district he has held a variety of position including teacher, assistant principal, principal, director of education and superintendent.

Mr. Jones brings a unique perspective to the Superintendent’s chair as a former Volunteer Fire Assistant Fire Chief, EMT-B, Pennsylvania Fish and Boat Commission Swift water/Ice Rescue Instructor Trainer and founding member and rescue technician with the PA Helicopter Aquatic Rescue Team (PA-HART). In his role as a member of those various organizations, Mr. Jones regularly participated in, and managed both small and large scale emergency incidents across the Commonwealth of Pennsylvania. He has experienced myriad critical incidents from both the operations and command perspective.

As an instructor trainer for the PA Fish and Boat Commission and PA-HART Mr. Jones has been afforded the opportunity to teach and share in a variety of settings including local fire and EMS stations to large metropolitan task forces in Pittsburgh, PA, and the coalition of governments in and around Washington DC.

Since assuming an administrative role in the school district in 2005, he has been tasked with creating and managing the school district emergency operation plan and overseeing critical incidents in the district. During his tenure, the district has experienced unfounded bomb and shooting threats, weather emergencies, evacuations and a fatal after school shooting on school grounds. The ability to reference his emergency services experiences with the management of students and school personnel has given Mr. Jones a strong foundation to mitigate school district critical incidents.