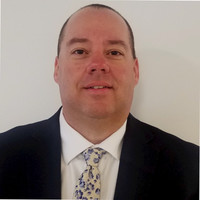 Brian Toolan came to Everbridge in 2016 as the Technical Account Manager overseeing the full statewide deployment of the Everbridge platform across the State of Florida. Mr. Toolan was a trusted partner and resource for the State, Counties and Local officials during several hurricanes being embedded in the State Emergency Operations Center to provide technical assistance with public warning messaging. In 2019 Mr. Toolan was presented an award by the Florida Emergency Preparedness Association for his dedication in serving the State Emergency Management Community in Florida. Mr. Toolan became the Director of Government Strategy in 2019, focused on advancing the Everbridge mission to State and Local Governments and providing guidance to the statewide deployments of Everbridge in the States of NY, CA, VT and MA while also serving as the Technical Account Manager for New York City. In 2020 Mr. Toolan was named the Sr. Director of Public Sector for Everbridge. In this role Mr. Toolan is focused on serving the global public sector.

Prior to coming to Everbridge, Mr. Toolan served as the Operations Chief for the State of Connecticut in the Department of Emergency Services and Public Protection, Division of Emergency Management and Homeland Security, State Emergency Operations Center. Mr. Toolan led the state’s emergency response to major statewide emergencies both natural and man-made. Mr. Toolan also served as the State Program Manager for the CT Urban Search and Rescue Task Force, overseeing an elite disaster response team made up of over 120 highly trained search and rescue personnel. During this time, the task force provided technical rescue services and responded to major events such as hurricanes, floods, collapsed buildings due to major winter storms, missing persons and the largest natural gas power plant explosion in the Country. The Task Force also responded to trench collapse and confined space rescues.