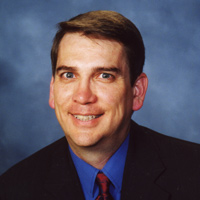 Michael Dorn believes that children can learn more if they attend a safe, orderly school that provides a caring and supportive environment. He also believes that those who serve students can profoundly affect the lives of youth. An international authority who has keynoted from Virginia to Vietnam, Michael Dorn serves as the Executive Director of Safe Havens International Inc., a non-profit global school safety center. Safe Havens analysts have assisted with school safety, security, climate, culture and emergency preparedness assessments for more than 6,000 public, charter, parochial and independent schools.

During his 25 year public safety career, he became a police officer at the age of 18, and was promoted three times before being appointed as the Chief of the Bibb County, Georgia School System Police Department at the age of 27. Michael was appointed as the as the School Safety Specialist of the Georgia Emergency Management Agency – Office of the Governor in August 1999. In April 2003, he was selected as the State Antiterrorism Planner and a few months later named Lead Program Manager for the Terrorism Division in the Georgia Office of Homeland Security.

A prolific writer having authored and co-authored 27 books on school safety and emergency management, Michael is a graduate of the 181st session of the Federal Bureau of Investigation National Academy. He was selected for a fellowship to participate in a delegation of law enforcement executives to the State of Israel in June of 1998 and received two weeks of intensive antiterrorism training by the Israel National Police, Israel Defense Forces, and Israeli intelligence services. Michael’s work has taken him to Mexico, Canada, Mexico, the Caribbean, Central America, Europe, Asia, Africa, India, and the Middle East. Michael was selected along with five other Safe Havens analysts to co-author the IS360 active-shooter training program for the 2013 White House School Safety Initiative and has authored six active shooter web-training courses for Scenario Learning Inc. Michaels latest book, Staying Alive – How to Act Fast and Survive Deadly Encounters was released by Barron’s in bookstores in 2014. Michael has provided post-incident support for eleven K12 active shooter and targeted school shooting incidents in the United States and Canada.