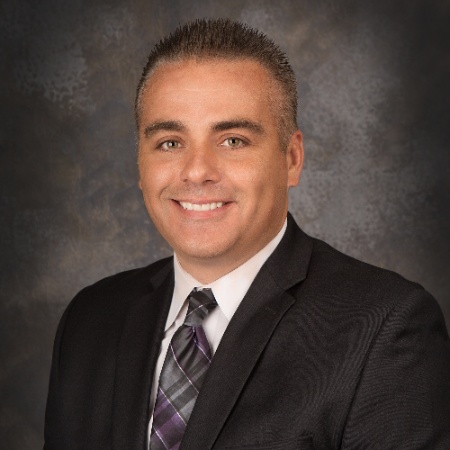 Chief Mark Clark joined the Val Verde Unified School District as Director of Safety and Security in July 2016 after serving 18 years with the San Bernardino City Unified School District Police Department where he served as Sergeant. While in San Bernardino, he was responsible for 60 sworn and civilian employees. He received recognition as Officer of the Year in 2007 as well as a lifesaving award in 2014.

Chief Clark has dedicated over 20 years to school public safety and has worked numerous assignments throughout his profession. He worked as a School Resource Officer at several high schools and later moved to patrol division where he was responsible for the training of all campus security as well as advanced officer training. He worked with the gang task force, background investigations and oversaw the explorer program. At the later part of his career with San Bernardino, he was entrusted with the hiring process of new officers and logistics of the department.

As the Chief of Police for Val Verde Unified School District, Mark has worked diligently over the past year and a half to develop safety programs. He introduced Automated External Defibrillators (AED’s) and Blood Trauma Care kits to all sites and department. He has developed an Active Shooter and Blood Trauma Training with the purpose of training all Val Verde staff. Chief Clark earned his Bachelors of Science Degree in Public Administration from the University of La Verne and is currently in progress of completing his Master’s Degree in Psychology with Grand Canyon University.

Do NOT follow this link or you will be banned from the site!